Read all about The Flying Dutchman

Are you a real flying fanatic? Or do you just want to know everything about our attraction the Flying Dutchman? Then read on!

A flight in The Flying Dutchman goes beyond flying. This life-size "flight experience" is an ode to 100-year-old KLM, the only airline in the world that still flies under its own name. Step on board and discover which pioneers like Albert Plesman, KLM's first President and CEO, made our little Netherlands a little bigger!

Converting a real plane into an attraction, not an easy undertaking. The restoration alone took about 18 months. Efforts have been made to transform the Douglas DC-3 into one of the last iconic silver planes with which KLM conquered the world and the hearts of many Dutch people. The name "The Flying Dutchman" was written on the side of all aircraft in the 1940s and 1950s. A logical name for our attraction too!

Saved from an American swamp

This Douglas DC-3, built in 1945, was found at a small airfield in the swamps near Jacksonville, Florida (USA). A unique find, because airworthy planes of this age are rare, even though this type of aircraft was the most widely produced aircraft in the world. The aircraft was 'dusted' on site, disassembled and transported to Europe in parts - by land, by sea and by air.

From the port of Antwerp, the plane was loaded onto a heavy goods vehicle and driven to its final destination: Madurodam! Given the length of the aircraft, about 20 metres, road transport was spectacular. The passage of the hull through the centre of The Hague attracted a lot of attention and produced spectacular pictures. 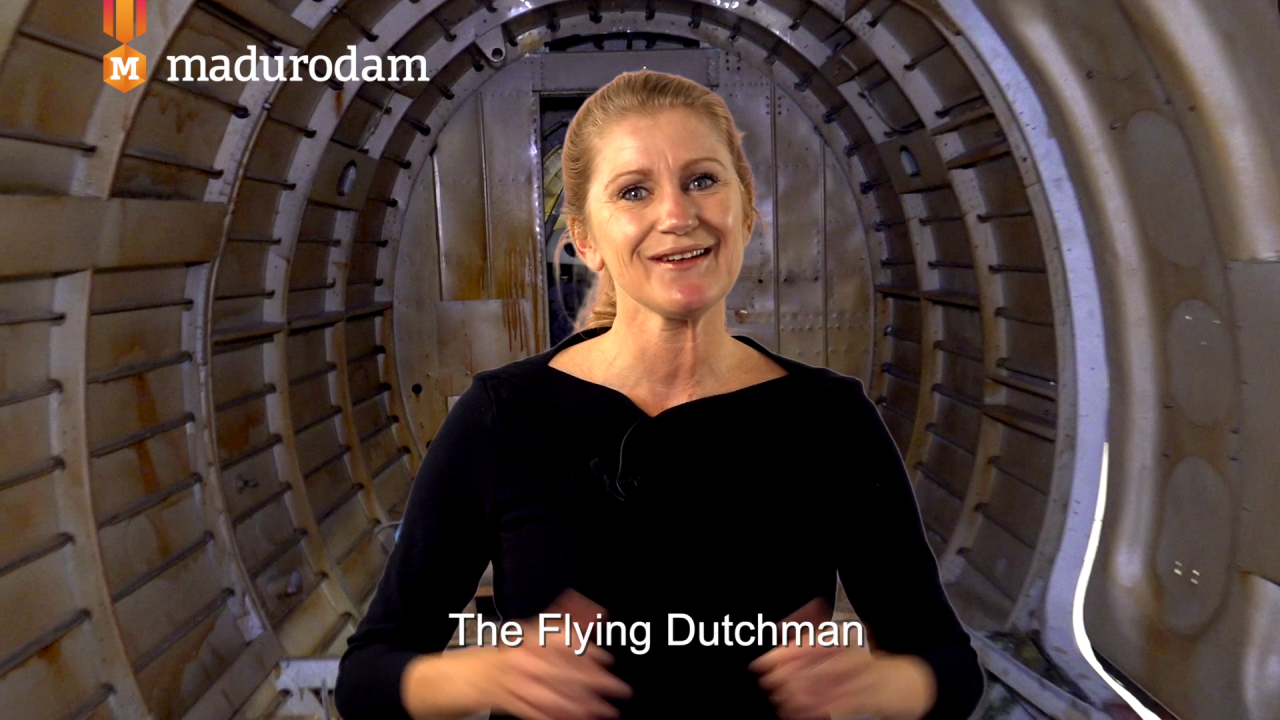 The DC-3 is completely restored by hand. A real work of art, because the aircraft manufacturer made the plane from hundreds of "aircraft-grade" aluminum plates, held together by special rivets. Hull repairs have already required more than 1,000 nails, with the same number of hand-drilled holes. When the plane was completely repaired and painted silver-grey, the logo of The Flying Dutchman was also painted by hand onto the aircraft. We deliberately opted for an old-fashioned painting technique, to keep the appearance of the aircraft as authentic as possible. That is how it was done in the 1940s and 1950s at KLM. 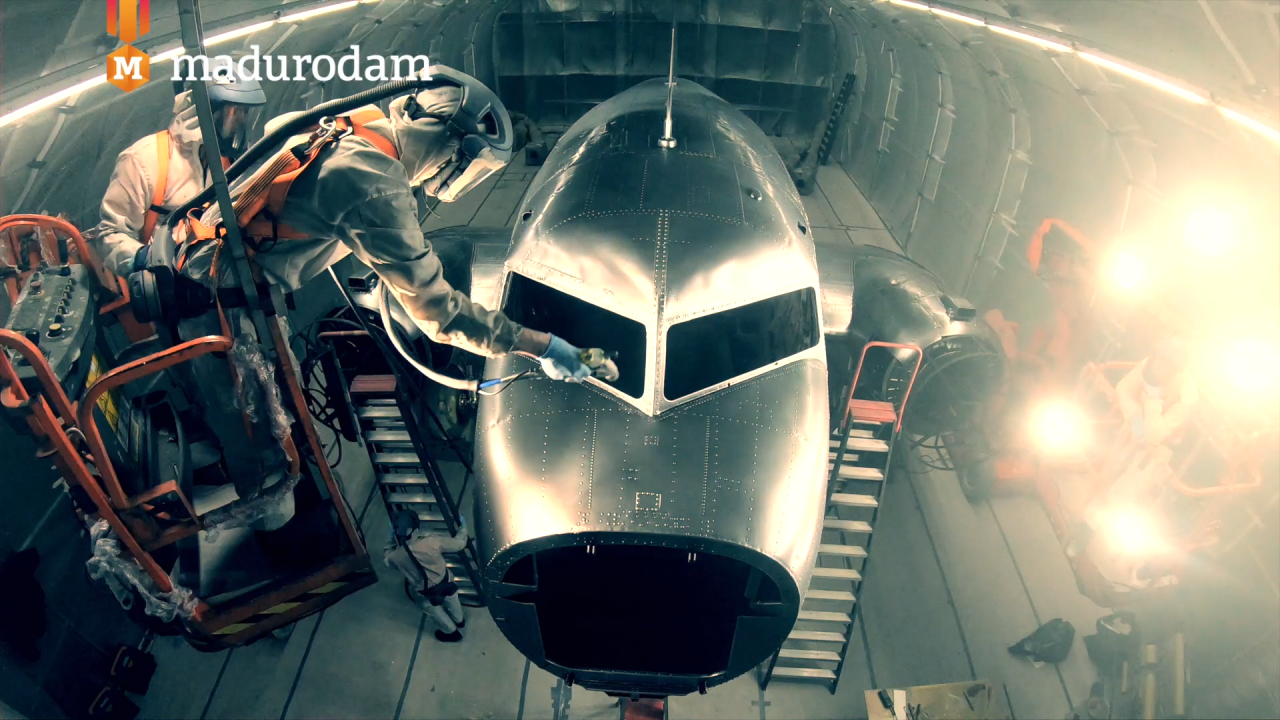 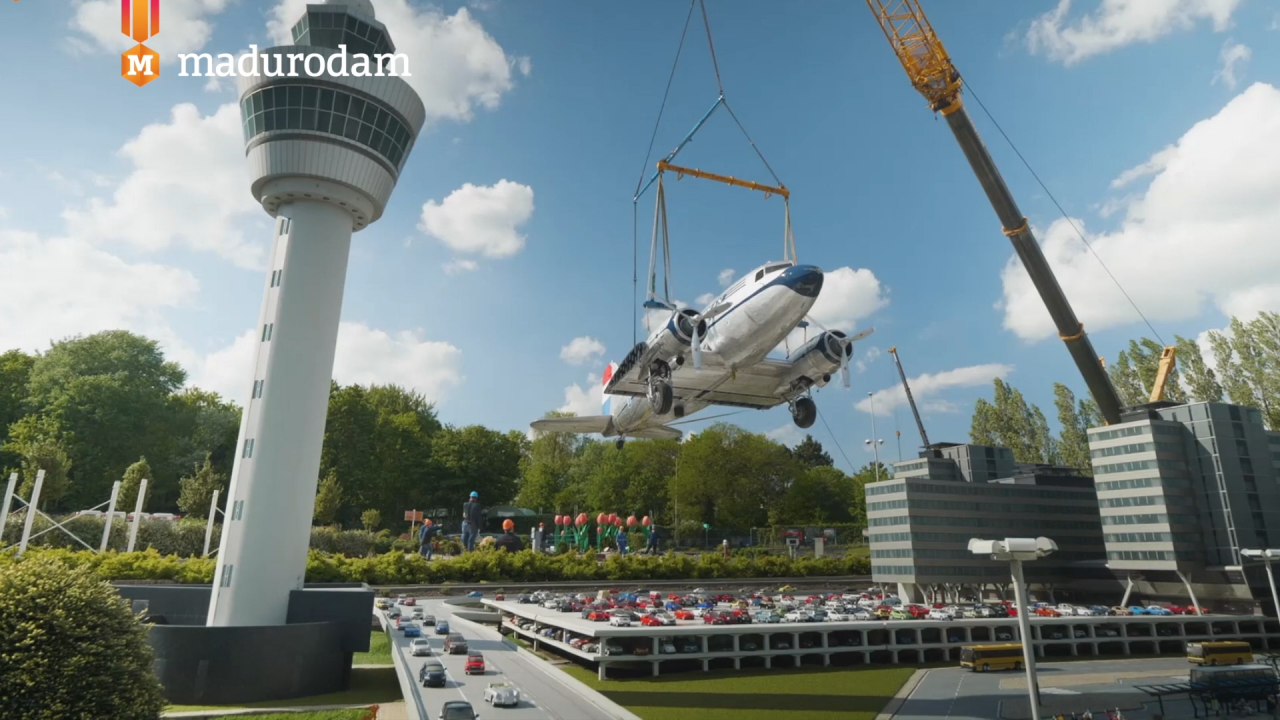 At the end of April, our Flying Dutchman was lifted into the park by a huge hoist, onto the runway behind Schiphol Airport. A big job, if you consider that this DC-3 weighs over 7,600 kilos. And to think that we had already lightened the plane: the iconic Pratt & Whitney R-1830 Twin Wasp 14-cylinder engines have been replaced by two replicas made at Madurodam, to lower the total weight of the plane. Fortunately, we have excelled at making replicas for almost 70 years, and they are almost indistinguishable from the real thing. Hear and see them ring!

After a silent landing in an empty Madurodam, a lot had to be done inside the plane. We have equipped the DC-3 with the very latest show techniques. No less than 6 kilometres of wiring was required in and around the aircraft to allow our visitors to fly through time and space. We also had to do a lot of things for the show itself: we were allowed to take pictures in the most special places, using a helicopter equipped with supersonic cameras. Have you ever flown in an airplane low over the Amsterdam canals, the Delta Works or past the container ships in the port of Rotterdam? With The Flying Dutchman you get to places that you could never fly to otherwise. Ladies and gentlemen, fasten your seatbelts!

Our Flying Dutchman has received the registration mark PH-APM, in tribute to Albert Plesman. That's how we christened the device, just look at the tip of her nose. This feature has been used before, namely by a Koolhoven FK-46. This aircraft was on the ground at Schiphol and was lost in May 1940 along with three other aircraft during a German bombing raid on the airport.

Ode to the pioneering spirit

As we said before: The Flying Dutchman pays tribute to 100-year-old KLM and Albert Plesman, the first President and CEO. Thanks to this pioneer's foresight, "his" KLM was able to conquer the world. Plesman managed to order the first 27 DC-3s in America before the end of the war. Partly thanks to the arrival of these DC-3s, the number of passengers at KLM has increased sharply since 1946, and with it, civil aviation in the Netherlands and Europe. So, you could say that the DC-3 was the foundation for KLM's build-up and growth in the post-war period. This unique attraction proves that Dutch entrepreneurship reaches for the stars… and beyond!

The facts about KLM are taken from the book "Welcome aboard! A century of KLM” by Bram Bouwens and Frido Ogier. 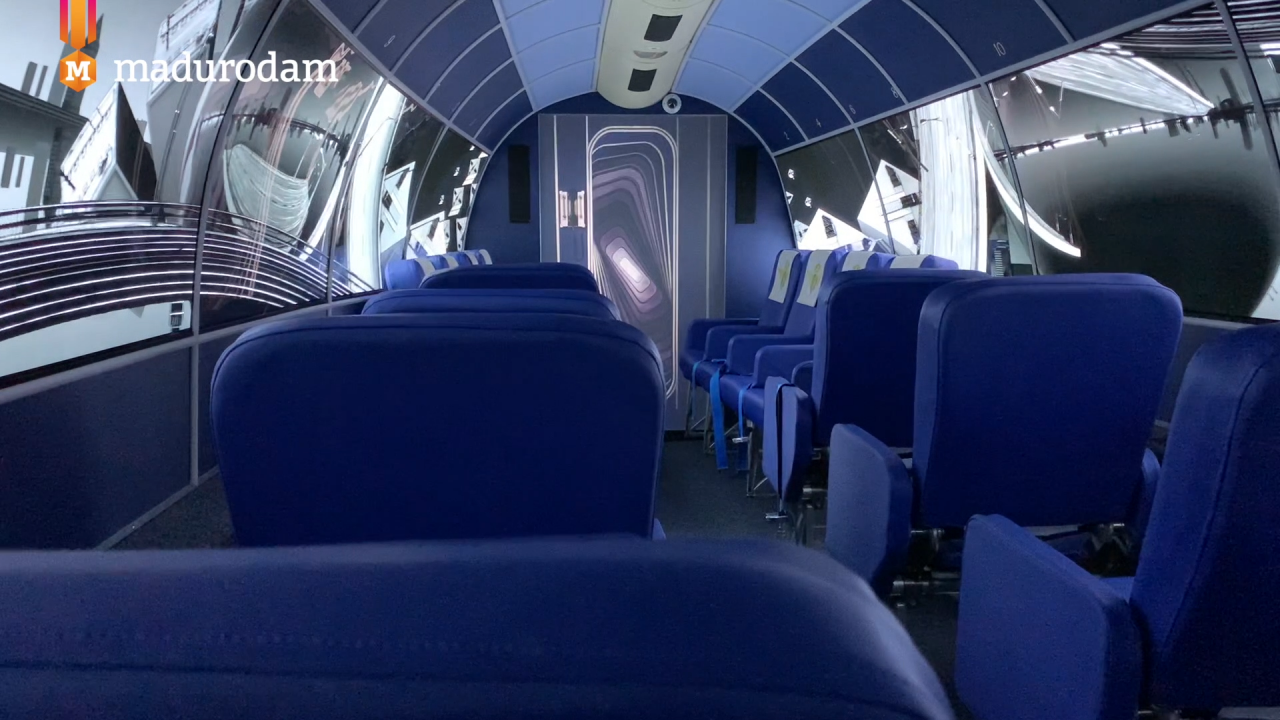 The Flying Dutchman in Madurodam